I’m a medical doctor by education, but I'm not practicing medicine. I finished medical school and shortly after graduation in 2011 I was already on a plane to San Francisco to join the great folks at Academia.edu and be a software engineer. Although I liked being a doctor, my true passions really are programming and design.
I believe that medical software is trailing behind compared to other fields, so I co-founded Modra Jagoda, a start-up building smart medical software for doctors, to fix that. This way I also get to use my formal medical education and help patients, if only a bit more indirectly.
I also like to do various other things to challenge myself, mostly science and science communication related, but also random things like a Ruby gem for bus arrivals in Ljubljana. Some such projects are listed on this site.
If you have any questions for me, feel free to contact me at me@juretriglav.si or @juretriglav.

ScienceGist is about making science more accessible. It's also about battling poorly written (intentionally or otherwise) press releases, which distort the research's original message and intent in the eyes of the public. If you doubt any content (news article, press release, etc.) written about a research paper, you should be able to verify it by comparing to unbiased and accurate source — ScienceGist aims to become that source.

Our goal is to bring science closer to everyone.

On ScienceGist, anyone can write a short & simple summary (a gist) of any individual research paper. Readers decide whether the gist is understandable or not, by clicking "I get it" or "I don't get it".
ScienceGist is a open & open-source project and the source-code is available on GitHub.

The project is still in its infancy, but many new features are planned for 2014, which will make it a formidable science communication tool. You should follow us on Twitter: @ScienceGist.

Wouldn't it be cool if you could get a calendar based on the Tweets of the people you follow? That's what HashtagEvent does. It takes tweets from your timeline and uses the Stanford NLP group's Temporal Tagger to find and analyze dates and times.

For example, the Open Knowledge Foundation tweeted about @petermurrayrust being in Vilnius this weekend, and HashtagEvent found that tweet and presented it to me in a simple way:

Handy, no? HashtagEvent is free so go ahead and try it out.

Jog of War was a strategic running game for iPhone. When you went running (actual real-life running), if you ran quickly enough, you conquered squares on a map. 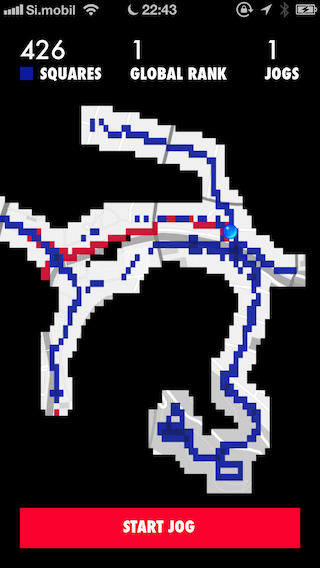 If you conquered a square and all four surrounding squares, the center square would become defended and could not be taken over by any opponent until its defenses were torn down. You competed against other players to gain as much squares as possible by the end of the season, when the player with the most squares wins.
Sounds like fun? It was! :) We had a lot of fun developing this one too (from 0 to beta in only 1 month!), with @brentlarue doing the designing, @markonikolovski hacking away on the iOS app, and myself taking care of the backend (dynamic and static maps, API, game rules and logic). 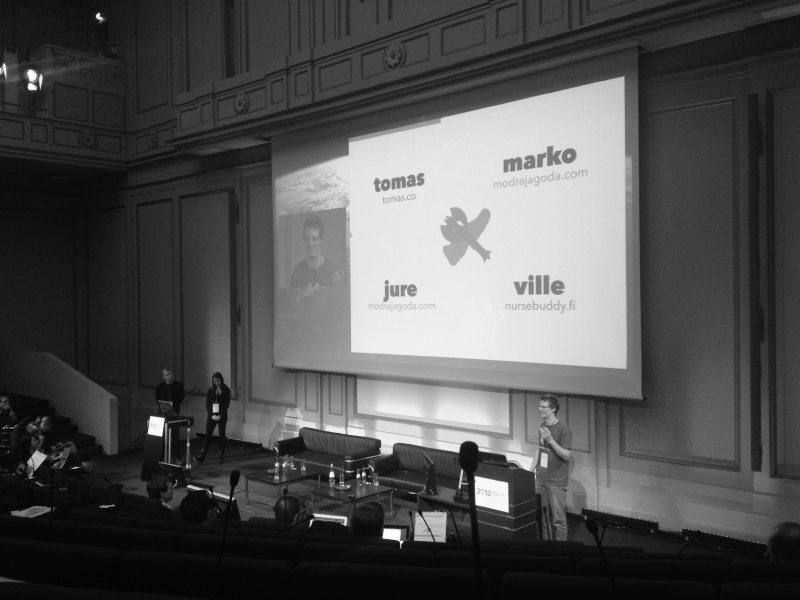 The very first version also won a 48h Health 2.0 hackathon in Berlin. Above is me presenting it at the Health 2.0 conference.

My first foray into print design, I designed an open-access peer-reviewed medical journal from the ground up. 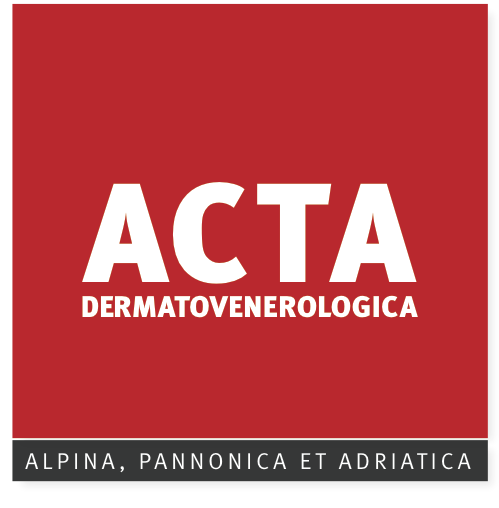 The new design is modern, extremely readable and has gotten numerous very positive reviews from both readers and authors. 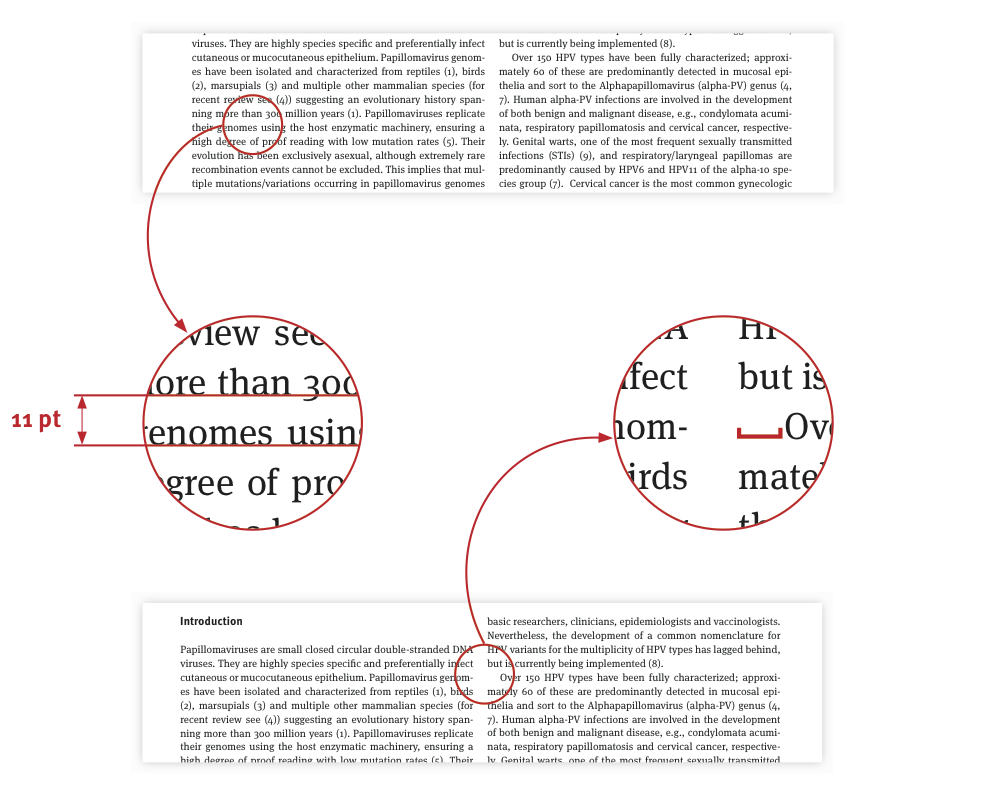 Check out the final project PDF, you won't regret it.

An art project. I sold (or rather tried to sell) prints of noise visualized using the Jet color scale. 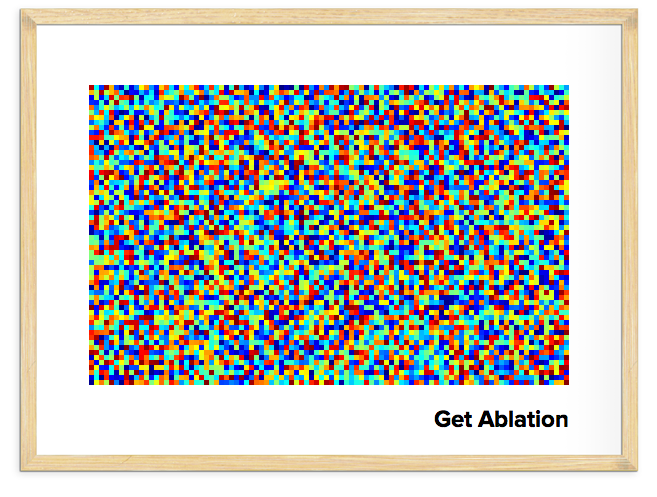 Come on, it's beautiful! During my time doing research on laser ablation, we made some pretty images of elemental composition of biological tissues; below is an image of zinc in a rat's hippocampus. These images had noise, which was beautiful, so why not amplify it and make it stand on its own? 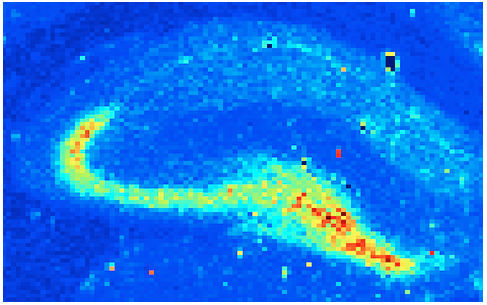 The year was 2012 and 48h Rails Rumble hackathon was about to begin, and I decided to build Teachly.
Now defunct, Teachly, a one-to-one teaching and learning platform was built around the idea that the best way to learn is to teach, and the best way to teach is to interact with your student one-to-one. The internet enables us to do this remotely, so Teachly used the WebRTC project to establish a video chat directly in the browser. 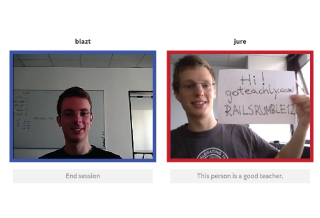 After the learning and teaching session was complete, both participants got a chance to rate eachother. The best teachers (and the best students) would emerge organically through these rankings and ideally, in an alternate reality, Teachly would end up connecting very bright young minds with people who are both brilliant and excellent teachers. 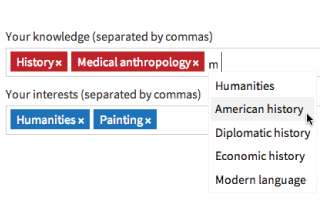 Sessions would be recorded and made public, if both the teacher and student agreed, so everyone would have a substantial database of learning videos available. 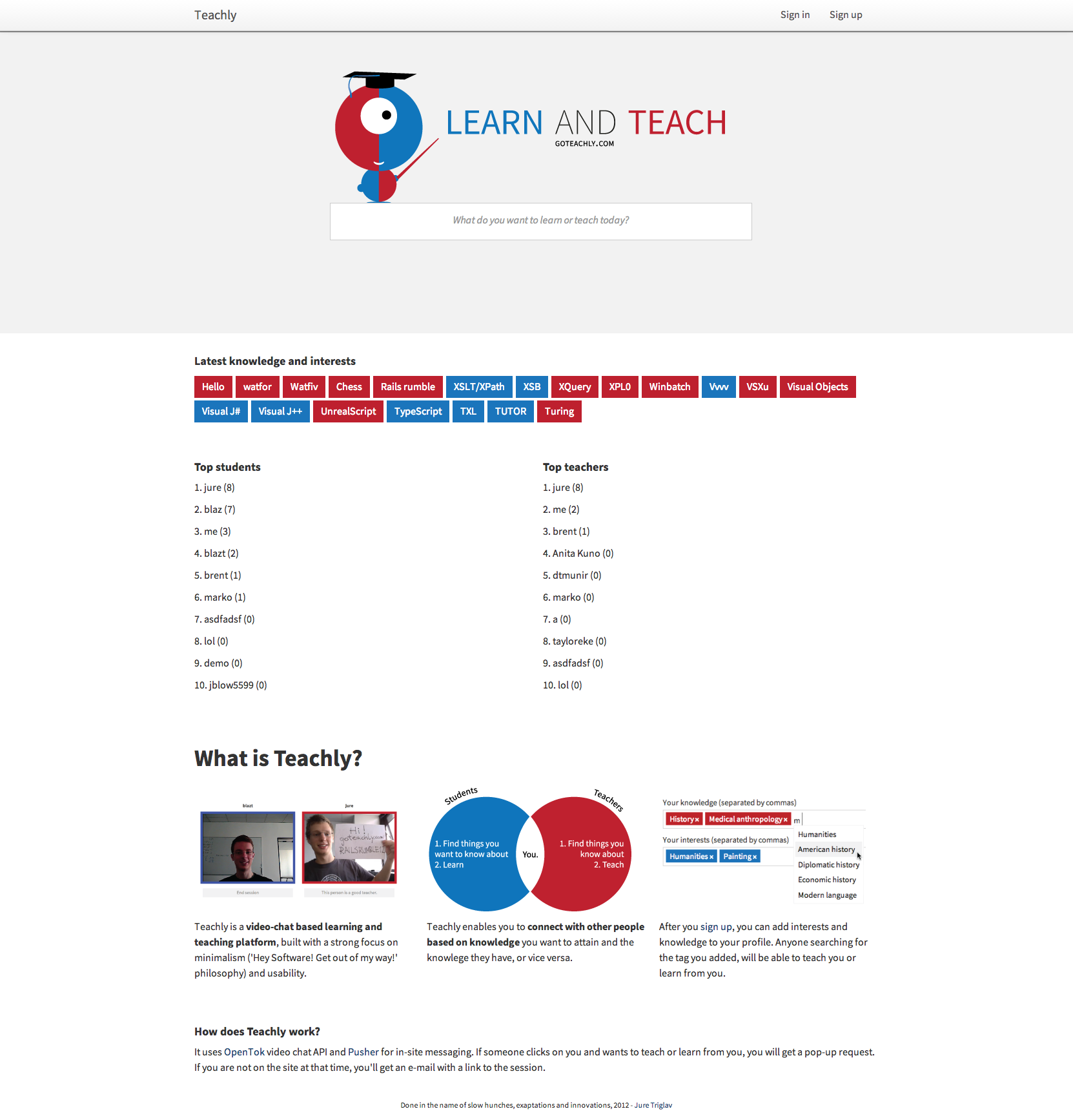 Teachly was not a place where you were either a teacher or a student, but it encouraged you to be both. 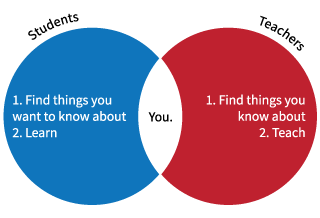 If you were taught a subject, you should try teaching it to learn even more.

Now defunct, Tiris - Comments on Science was a website built in Ruby on Rails. Commenting on papers in academic journals is a complicated process, with many steps between an idea for a comment and the appearance of that comment in a (mostly closed-access) publication. The goal of Tiris, named after Thales, the inventor of the scientific method, and Iris, messenger of the gods, was to reduce this friction and enable accessible and free scientific discourse. 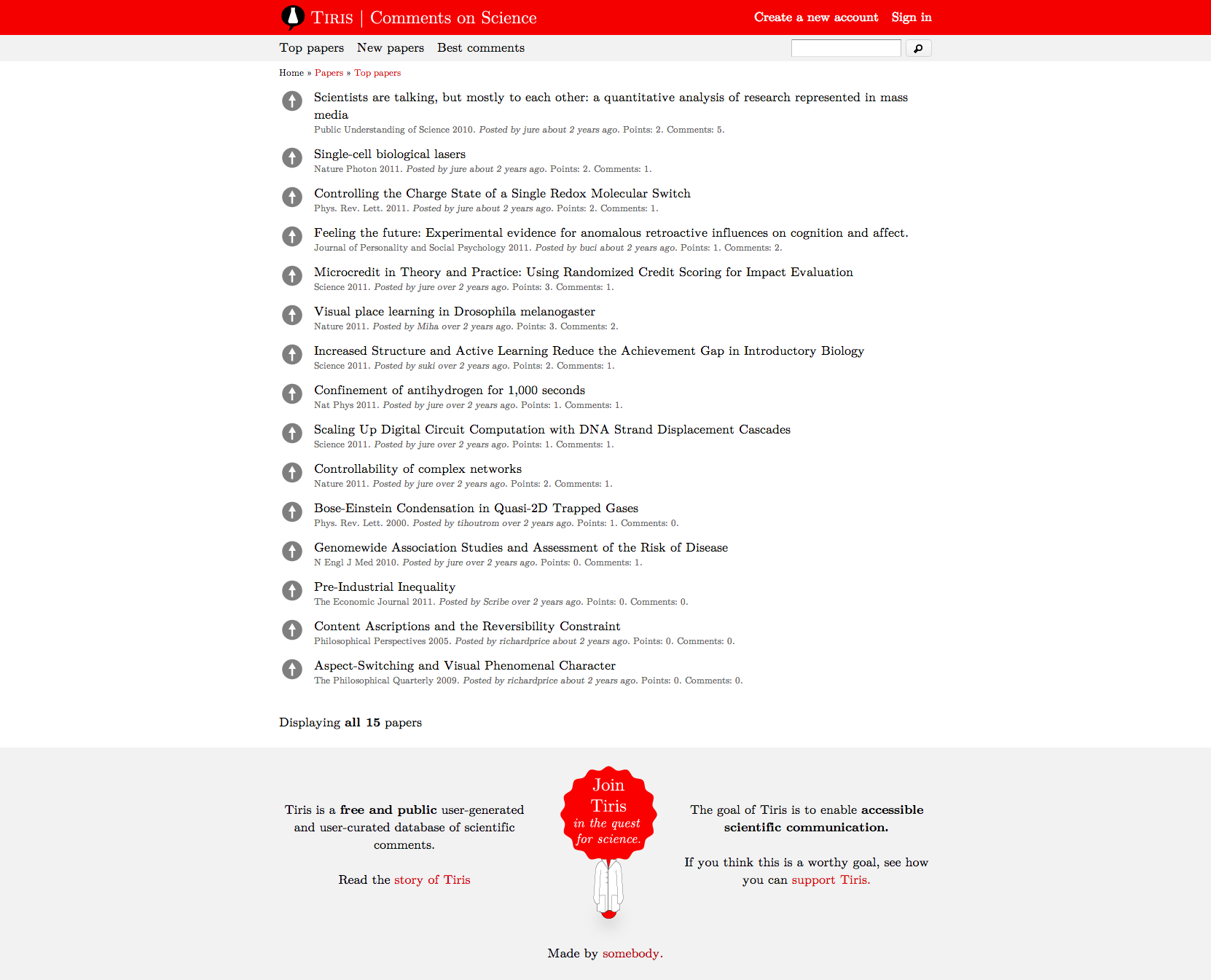 Since the launch of Tiris, I’ve learned a great deal about what hinders scientific communication and I think I figured out why Tiris was never a booming site.

There are now (in 2014) numerous sites which offer a similar service, but have managed to attain a much wider audience than Tiris ever did, which makes them a lot more useful and a great step forward for post-publication peer review. To name a few of the most prominent ones: PubPeer, Science Open Reviewed, PeerLibrary, PubMed Commons, etc. Exciting!

I had the good fortune to become an illustrator for the new “Medicinska virologija” book, which is a textbook (not yet released) for students of virology and microbiology in multiple faculties in Slovenia. I’ve done about 90 illustrations throughout the book. It was printed and released in August 2011, with a small number of copies bound in hard-cover and the rest in soft-cover binding. It is truly a beautiful book! This was my first illustration project and it was a bit daunting, because to be honest, I can’t even draw. Below are some sample illustrations from the book. 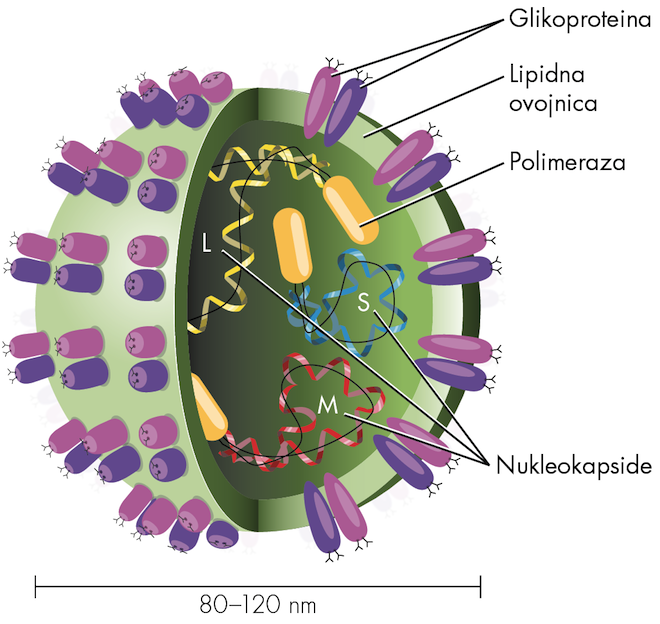 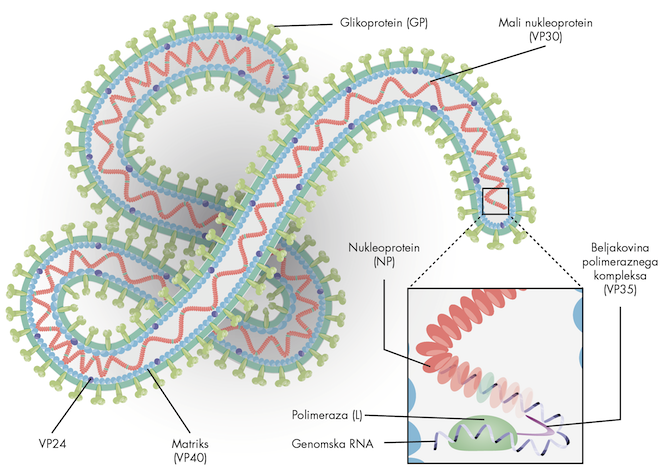 I did some work with researchers from the National Institute of Chemistry Slovenia, where we modeled an imaging technique, that involves shooting a laser at a sample and then collecting and analyzing the debris that is created by the explosion. Fun stuff! We published the paper in Analytical Chemistry and you can read it here: http://pubs.acs.org/doi/abs/10.1021/ac1014832 (or on Academia.edu) 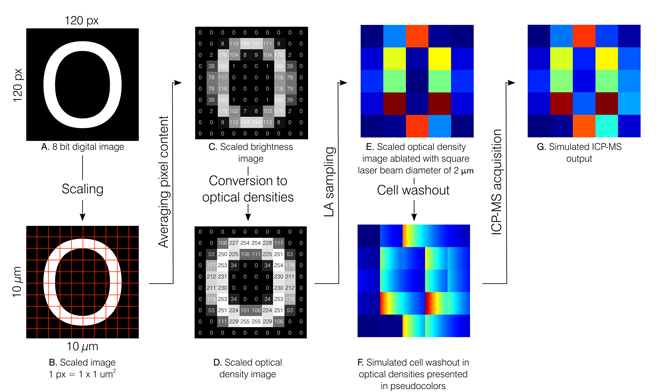 I designed a book titled “Dr. med. na razpotju”, which in translation means “Doctor of medicine at a crossroad”. It is meant to assist students in choosing their specialty training. In the negative space amongst the color blocks on the front cover is a symbol. 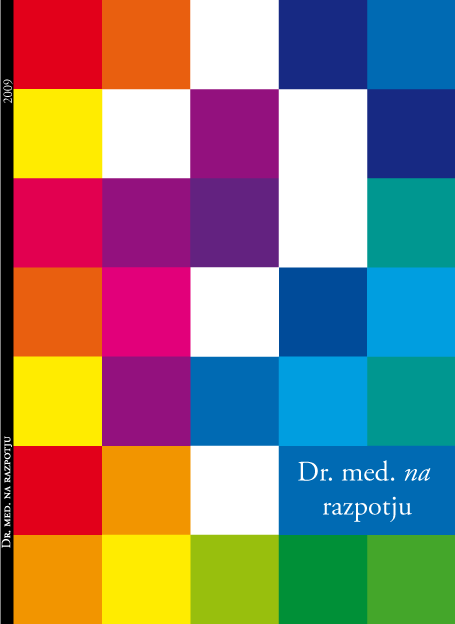 Can you see the symbol? A question mark. This is meant to represent the missing pieces of the puzzle, the puzzle being everything you need to make an informed decision about what you will specialize in. 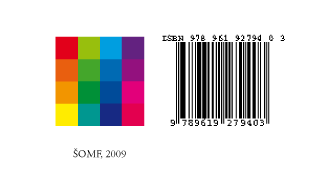 The image above is the back cover. The chaos of the front cover above it is meant to signify the extreme amount of information a medical student must take into account to finally decide what specialty training to undertake. The intention of this book, which is to organize and clarify the big pile of information, is symbolized in colors from the front cover ordered neatly without gaps on the back cover. 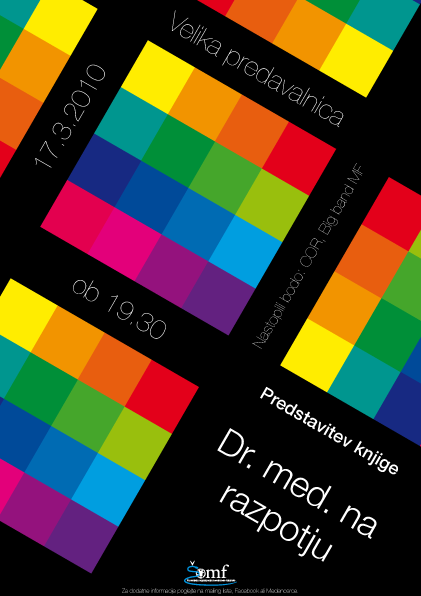 I also designed the banners, which served as an invitation to launch-day celebrations. 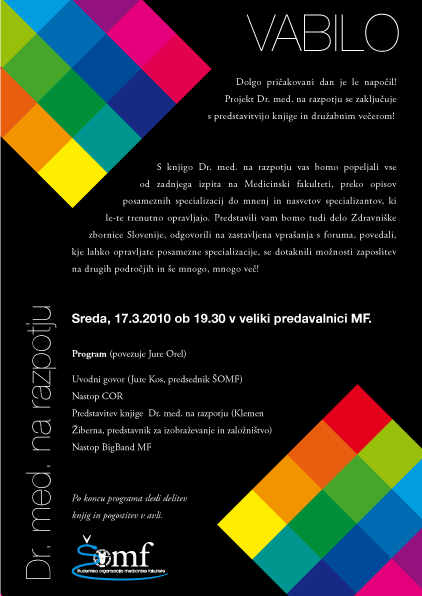 The final thing that I did for “Dr. med na razpotju” is the design of the invitation letter, which you can also see above.

I made two interesting posters for Medicinski razgledi, which is a Slovenian student-run journal. The poster right below this text is for a student medical research congress, where awarded research works were presented. 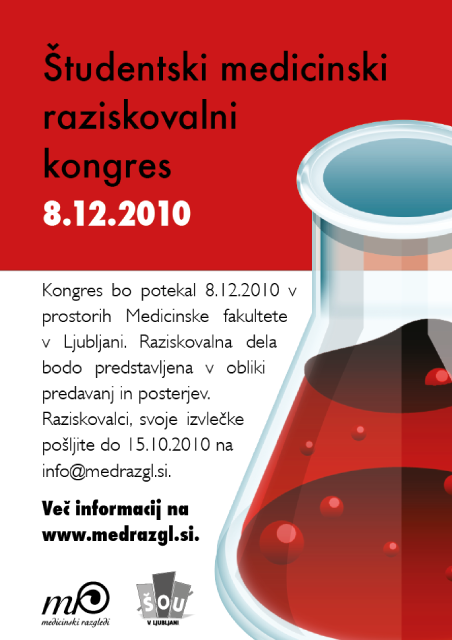 And the poster below was made for a scientific writing class and the idea behind it is that of evolution. Writing about your work is the final evolutionary stage of a research project. When your research comes to an end and you have interesting results, you have to write about what you did in a scientific manner, to be able to present your work to a wider audience. Scientific writing can be pretty scary at first — luckily, it can be taught! 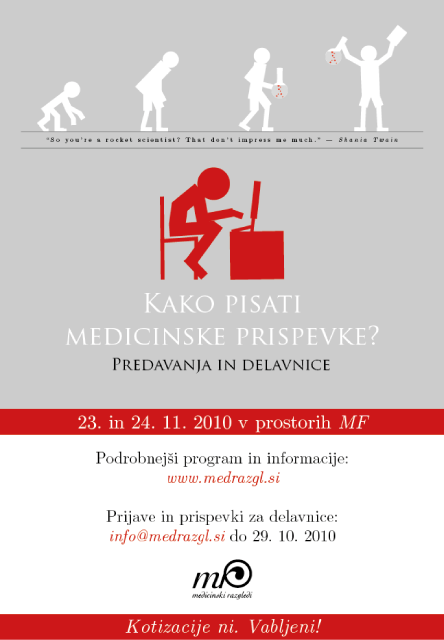 All of these are fairly experimental, but both paper_summary and paper_metadata are already used in ScienceGist:

3 simple things GitHub can do for science

How to send iOS and Android notifications from your Rails backend

Written for a project. I developed the backend for this social wellness…